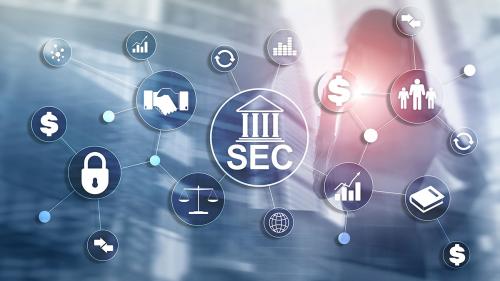 On February 9, 2022, the Securities and Exchange Commission (SEC) voted to propose a rule thatif implemented in its current form, would have far-reaching implications for private fund investment advisers.

The public comment period will remain open until no later than 30 days after the proposed rule is published in the Federal Register, or April 11, 2022.

If passed, the SEC is proposing a one-year transition period for advisers to comply with the proposed rule.

Taken together with the SEC proposed changes to Form PF announced on January 26, 2022, and the risk alert published by the SEC’s Examination Division on January 27, 2022, the proposed rule reflects a change in the SEC’s tone and approach to private funds regulation. Echo Remarks made by SEC Chairman Gary Gensler at the Institutional Limited Partners Association summit in late 2021, the proposed rule states that the SEC believes that additional disclosure requirements and prohibitions are necessary to address ” practices of the private equity industry”. [the SEC] observed [that] are contrary to the public interest and the protection of investors.

Quarterly financial statements: While many private fund advisers contractually agree to provide quarterly financial statements to their investors, the proposed rule would create a positive regulatory obligation for SEC-registered private fund advisers to do so. The rule would standardize certain quarterly reporting requirements that the SEC says would promote transparency for investors and allow them to more easily compare expenses and fees charged by different private funds. Mandatory reports (to be delivered within 45 days of quarter end) would include:

Private fund audits: The proposed rule would require private fund advisers registered with the SEC to obtain an annual audit of the financial statements of the private funds they manage. The audit must be performed by an independent public accountant registered with the Public Company Accounting Oversight Board, must be prepared in accordance with U.S. generally accepted accounting principles (“GAAP”) (or, in the case of foreign private funds, must be reconciled with GAAP) and “promptly” delivered to investors upon completion. This aspect of the proposed rule is modeled after the “limited partnerships subject to annual audit” portion of current Rule 206(4)-2 of the Advisors Act (the “custody rule”) and reflects the obligations that many advisers subject to the custody rule are already met. However, in addition to greatly expanding the scope of private fund advisers who would be required by regulation to arrange audits of the private funds they advise, there are several important differences from the custody rule, including that auditors will be required to notify the SEC (i) promptly if they issue an auditor’s report containing a modified opinion and (ii) within four days of resigning or terminating their appointment with the SEC. a private fund.

Adviser-Led Secondaries: The proposed rule would require SEC-registered investment advisers to obtain a fairness opinion in connection with certain adviser-directed secondary transactions where an adviser offers fund investors the opportunity to sell their interests in the private fund or exchange their interests for new interests in another vehicle. advised by the advisor. The proposed rule would require the adviser to obtain a fairness opinion before entering into the transaction and would also require the adviser to disclose to investors a summary of any material business relationship the adviser has or had with the opinion provider. over the previous two years. .

Prohibited activities: Perhaps the most significant departure from past SEC practice is the agency’s proposal to prohibit a private fund from undertaking a number of market practices and arrangements, several of which are long-standing and common throughout the industry and highly traded with sophisticated and well-represented players. investors. Contrary to the SEC’s historical guidance on properly disclosing these practices (and the attendant risks and conflicts of interest) to investors, the proposed rule would affirmatively prohibit all private fund advisers from “engaging in certain sales practices, conflicts of interest, and indemnification schemes” that the SEC has determined to be contrary to the public interest and the protection of investors. Unlike other aspects of the proposed rule, these prohibitions would apply to both registered and unregistered private fund investment advisers. In the proposed rule, the SEC said it believes such market practices cannot be adequately addressed by enforcement and disclosure alone. Specifically, the SEC would prohibit private fund advisers from engaging in the following activities:

Books and records; Modification of the compliance rule: The proposed rule would require SEC-registered investment advisers to maintain books and records documenting the fund’s efforts to comply with the disclosure and reporting requirements included in the rule. The proposed rule would also amend Rule 206(4)-7 of the Advisors Act to require that all SEC-registered investment advisors be required to document in writing their annual review of the adequacy of their policies and procedures. compliance.