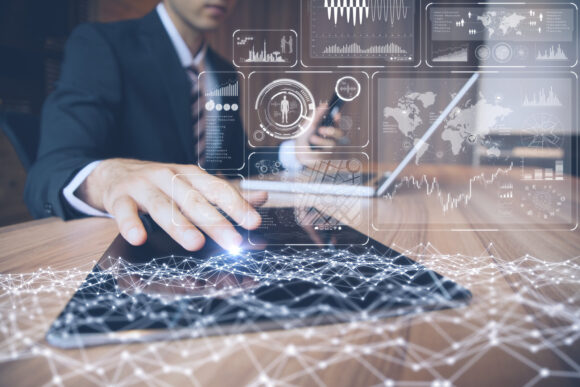 Marsh McLennan’s fourth quarter 2021 net income more than doubled from the same period in 2020 to $803 million.

CEO Dan Glaser said Marsh McLennan, in his 150th year, “produced one of the best results in our company’s history.” He pointed to underlying full-year 2021 revenue growth of 10%, the highest in 20 years.

Revenue was $19.8 billion for 2021, compared to $17.2 billion in 2020. Fourth-quarter revenue was $5.1 billion, a year-over-year increase the other compared to $4.4 billion. On an earnings call, Glaser said the company sees a “good growth track given the outlook for above-average GDP growth, firm and sustained casualty pricing conditions, inflationary impact on exposures, further disruption opportunities in the brokerage industry and benefits from our recent organic investments.

On market conditions, the fourth quarter saw rate increases of 13% year-over-year in the commercial P&C insurance market, “reflecting losses, weak returns, concerns about the inflation and the strengthening of the reinsurance market,” Glaser said. It was the 17th consecutive quarter of rate increases. During January renewals, capacity was available, but carriers pushed for price increases and, in some cases, coverage changes and stricter terms, Glaser added.

Capacity was also available during January 1 reinsurance renewals, but appetite for certain risks and adjusted pricing thresholds for certain risks in response to “current and emerging challenges such as the frequency and severity of catastrophe losses , climate change, core inflation, social inflation, and core rate increases,” Glaser said.

John Doyle, group chairman and COO, added that “the market remains challenging” but there was some moderation in rate increases in the fourth quarter, with cyber insurance being the exception.

“The cyber underwriting community is always reacting to the frequency and severity of ransomware demands,” he said. “They’re also worried about systemic events, but I think the market reaction right now is more driven by ransomware losses.”

Asked if customers could stop or cut back on cyber insurance purchases due to price, Glaser said the range will continue to be a growing market.

“You have to keep in mind that this is a big issue for most boards,” Glaser said. “It’s like an ESG question. It would take a brave company to decide not to buy cyber if it is presented to you at board level.

The company’s risk and insurance services business reported underlying revenue growth of 9% to $3 billion in the fourth quarter of 2021 compared to the last three months of 2020. in the fourth quarter, $2.9 billion, came from Marsh. The balance, approximately $170 million, was awarded to Guy Carpenter.

In the last quarter of 2021, overall consulting business revenue was $2.1 billion, an increase of 11% on an underlying basis. The company’s Mercer subsidiary accounted for $1.4 billion of the total, with Oliver Wyman reporting fourth-quarter revenue of $722 million.

Receive automatic alerts for this topic.