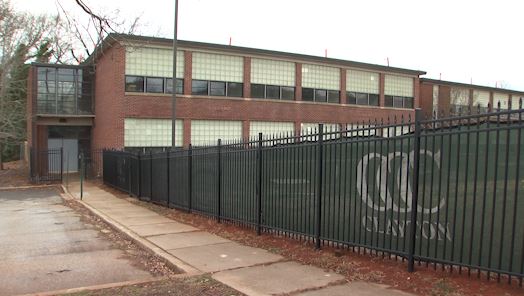 SPARTANBURG, SC (WSPA) — A historic landmark in Spartanburg is being turned into apartments, some of which will be ready by April.

The halls of the former Mary H. Wright Elementary School are filled with history. The building has been vacant for years, but will now accommodate new apartments on the south side of town.

“There are relatively few monuments left that refer to African-American history in the city of Spartanburg, and this is one of the most significant,” said Brad Steinecke.

Mary H. Wright Elementary School, built in the 1950s, was one of the first equalization schools in the state.

“It was at a level of architectural integrity that was compatible with white public schooling at the time,” Steinecke said.

Now the building is being converted into 53 apartments.

“Some will be market priced, but 20% of those units will be workforce housing. It’s kind of about targeting middle-income people, working people, to attract more of them to the neighborhood,” Chris George said.

George of the City of Spartanburg said the rent for the workforce housing will be based on residents’ income. He says it won’t be more than 30% of their income, individually.

“It brings both affordable housing and market housing to the south side. We need people to choose to live in this area,” George said.

Brad Steinecke of the Historic Architecture Review Board makes sure the job is done right.

“There is a level of state protection that qualifies them for tax credits through the State Historic Preservation Office,” he said.

“There is a local level of designation that prevents future changes that would deviate from historical plans,” Steinecke said.

He said the exterior of the building will have to remain intact.

“The window features, door openings, massing and scale of the building. They can’t change it in a way that would be visible from the street in a big way,” Steinecke said.

He said that even with interior changes, the building will remain a safe space for history to live on.

“For this part of the city, a lot has been lost over time. So people who live on the south side really want to retain as much of that older heritage as possible,” Steinecke said.

George said there was also a second phase to the project. After all units are completed in the first phase, the developer will put 50-60 more units behind the school.

He said the developer had also agreed to create an extension of the building at the Mary H. Wright Greenway.