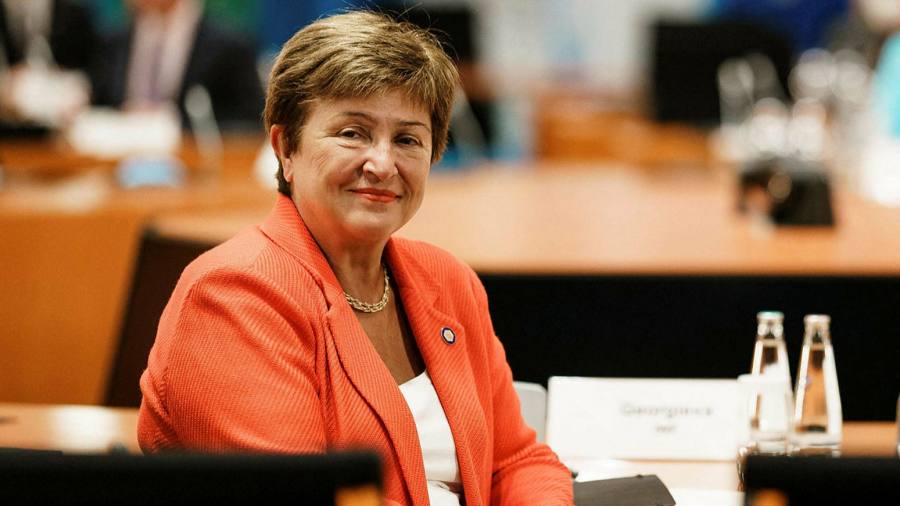 Sign up for myFT Daily Digest to be the first to know about World Bank news.

The World Bank should be one of the most reliable institutions. The credibility of the unattackability of its data is paramount, with billions of dollars of investment each year depending on its information. Suddenly, a data-rigging scandal that has engulfed Kristalina Georgieva, now managing director of the International Monetary Fund but linked to her tenure as managing director of the World Bank, threatens to erode both her integrity and that of the development bank. The risk is that the contagion will also spread to the IMF. She must do more to defend her position.

The scandal is based on allegations that Georgieva pressured staff to flatter China’s position in annual investment rankings at a time when the World Bank sought more money from the country, the bank’s third largest shareholder. of development. An independent investigation by law firm WilmerHale found that Georgieva got involved in the ranking when it became clear that China would drop several places in the index. WilmerHale’s report alleges that the subordinates felt compelled to follow orders from above to mass the data.

Georgieva said she fundamentally disagreed with the report’s findings and denied ever asking for the data to be changed. But she did so in a public rebuttal of four lines and a brief private address and email to IMF staff. Employees of both organizations and companies that have relied on the To do business rankings, deserve better. At the very least, she must give a detailed public account to respond to the allegations. Georgieva told IMF staff she refrained from further comment out of respect for the board, which is conducting its own review. But dismissing the serious accusations that undermine the bank’s probity with its superficial denial is not enough. Meanwhile, the IMF needs to make sure that all toxic labor practices, as WilmerHale reports claimed Georgieva chaired as managing director of the development bank, did not follow it to the fund.

In response to the scandal, the World Bank put aside its To do business annual index. This is a good thing. Even before the current crash, there were doubts about the report’s methodology. World Bank economist Paul Romer even resigned to protest alleged political bias. Ostensibly a yardstick measuring the ease of doing business in a country, it quickly became a shortcut for a country’s ability to attract foreign direct investment, with countries expressly changing their policies to achieve better results.

So much based on a ranking, it is obvious that some countries, which are also shareholders of the bank, may try to influence the result. The essence of the current scandal is that they may have succeeded.

It would be a shame, however, if economists and businesses were denied the data that underpins the index. Much better would be a more discursive approach, such as that used by the IMF’s World Economic Outlook, which details countries’ progress or setbacks but does not present the data in a league table. Rankings, whether universities, tycoons or countries, will always be subject to machinations. If an index is considered the most efficient method, then it should be more transparent. The WilmerHale report suggested an independent audit of the data. Another idea would be to immediately publish the raw data, allowing third parties to analyze it.

Georgieva’s two years at the IMF were otherwise solid. All the more reason that she should not sweep this scandal under the rug. The longer the questions remain unanswered, the greater the damage.

Measure the financial well-being of members and employees