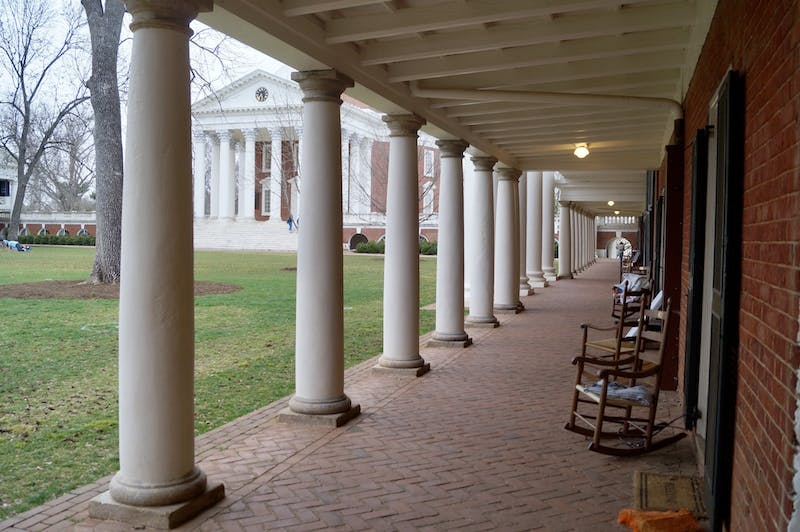 Allegations made in NAACP to U.Va. letter elicits responses from student leaders – The Cavalier Daily

A declaration published Tuesday by the National Association for the Advancement of Colored People at U.Va. regarding Ceci Cain, a candidate for Student Council President and a fourth-year student, incited answers from throughout the university community, including Cain herself.

Cain is currently the Student Council Vice President for Administration, where she worked for secured insurance scholarships for low income students, allocate funding to multicultural student groups and remove font mental health crises, along with other organizers. Cain runs in a disputed race against third-year student David Alari.

Signed by the NAACP to the U.Va. Council of Presidents, the letter accused Cain of “misleading” black students, writing that they would not support “destructive behavior” or the alleged “militarization of Concerns of Black Students” by Cain.

“Cain does not seek to work for the social, political and material gain of the black community,” the letter read.

In response, Cain wrote that she had “never agreed with the sentiment that anyone should vote for [her]only because she is a black student herself, especially since her opponent is also black.

The letter also falsely alleges that Cain took credit for increasing funding for the Black Presidents Council during a debate. hosted by The Cavalier Daily Monday night. Cain made no such claim during the debate, although she credited the “coalition work” of the BPC – along with other groups – for helping to organize the University care networks pilot program.

Finally, the letter also claimed that Cain had been “insensitive, disorganized, and unhelpful” in his administrative responsibilities on the student council. In response to this, Cain emphasized the breadth of the VPA role, as well as the commitment of this unpaid extracurricular position.

“I am a volunteer leading an organization of 300 people, trying to solve problems for the University’s 27,000 students,” Cain wrote. “It’s hard to change an entire organization while running it operationally…I’d like to consider any feedback as an opportunity for growth.”

Sarandon Ellliot, fourth-year college student and principal of U.Va. Mutual Aid, came to Cain defense, citing Cain’s “instrumental” work in organizing for “justice and liberation” on Grounds. An NAACP recipient at the University of Virginia’s Student Humanitarian Award this year, Elliot called the letter “unfair” and “dishonest,” adding that she plans to return her award.

In an interview with The Cavalier Daily, Elliott listed the ways Cain stood up for black students on Grounds, citing Cain’s involvement in organizing a demonstration against the Kyle Rittenhouse verdict as a single example. Several student groups, including the Black Student Alliance, Political Latinxs United for Movement and Action in Society, Students for Justice in Palestine at U.Va. and Young Democratic Socialists for America at U.Va., helped organize the protest.

“Without Ceci, I don’t know what it would have been like,” Elliott said. “Every day, Ceci blows my mind with everything she puts into her work – her work ethic and the care and detail.”

Elliott noted that Cain was one of the first organizers she met when she transferred to the University in 2019, and has worked with Cain ever since to improve the lives of black students at the University. To suggest that Cain had co-opted the efforts, Elliott said, is “absurd.”

Both Cain and Elliott wrote in their replies that they learned that the statement released by the NAACP to U.Va. had not come from the entire President’s Council, but from the Presidents and Vice Presidents alone.

“I know several people on the NAACP board of directors, and when I reached out to them, asked for some clarity – because I think a lot of us were very confused… they were all like, ‘yeah, we’re just as confused as you are,’ Elliott said.

In one declaration distributed to members obtained by The Cavalier Daily, Black Muslims at U.Va. said that while they would not endorse any of the candidates in the race, they wanted to correct the misinformation circulating about Cain and acknowledge the “misinformation” in the letter.

“While we believe we should be critical of candidates seeking positions of power, we should also be fully informed of a candidate’s history, involvement and actions before speaking about a candidate,” reads -on in the letter. “Our organization will do everything in its power not to repeat this.”

At press time, the NAACP at U.Va. did not respond to multiple requests for comment.

This article will be updated.